After shrinking sharply in the first quarter, the economy rebounded to show “record” 3.1% positive growth in the second quarter. Does this mean that quarter one was an aberration driven by load shedding or is there ongoing bad news awaiting us?

Some sectors were very strong in quarter 2, mainly mining which grew by more than 14%. Part of this turnaround was due to the absence of load shedding but there was also a steady rise in the price of key minerals like platinum and gold. Whilst manufacturing also was positive – up more than 2%, it has since come under pressure with the Purchasing Managers’ Index (PMI) declining sharply in August. The PMI is a key indicator of manufacturing activity.

Another argument is that the Medium-Term Budget is working on the assumption that all departments of government will cut their budgets by 5, 6 and 7% over the next three years. This will help the government to restore the fiscal discipline that had been ebbing away.

Capital investment grew by 6.1% in the second quarter – this is undoubtedly good news as this will translate into economic growth in the coming months.

Another positive is consumer expenditure held up well in quarter 2, mainly driven by growth in durable goods. However, durable goods are usually one-off purchases, like cars, so one can question just how sustainable this is.

Perhaps the best news came from Moodys who announced they have no immediate plans to downgrade South African debt.

And the bad news…

No one can argue that the last decade has seen a progressive slippage of government’s policy to keep fiscal policy within an acceptable framework. Just over a decade ago the government showed a budget surplus. Since then state expenditure on salaries and wages has considerably increased. Not surprisingly this has been accompanied by low growth as spend on salaries of public servants crowds out investment and thus is a drag on economic growth. In turn, this has led to a significant growth in government debt which now has led to a 4% budget deficit which continues to grow. Our borrowing to Gross Domestic Product has more than doubled to more than 50% and the reality is that just paying off South Africa’s sovereign debt has risen by 23% and now not only threatens not just infrastructure investment but our ability to continue to finance the growth in social grants.

If you layer the steady decline in State Operated Entities (SOEs) onto this, then one can appreciate why economists and businesses are become increasingly worried about our economic predicament. Eskom, for example, now has debt of R500 billion and its two new power stations, Medupi and Kusile, are struggling to generate electricity. We have already seen the impact Eskom had on the economy in the first quarter and critics are pointing out that little progress has been made in restructuring Eskom. Other SOEs are also non-performing and South African Airways and the Public Broadcaster also need bail outs.

Can our economy be fixed?

With will and sensible policies the economy can be restored onto a growth path. The difficulty is the fact that without some severe cost-cutting, the path to growth will be extremely hard. Economists estimate that with the current cost structures in government and SOEs the economy will need to grow 6.8% just to be able to absorb these cost pressures; this is clearly not feasible, so cost reductions are needed.

A major stumbling block is said to be the unions which grew their power base in the years when Jacob Zuma was president.

Without a credible plan to put the economy on a new growth track, the ratings agencies will almost certainly, over time, further downgrade South Africa’s debt.

For the last decade or so there have been dire warnings about the need to restructure the economy but somehow or other we manage to muddle through. Quite possibly we will continue to do so for a while longer – the most urgent need to fix the economy was driven by the potential of a Moodys downgrade, but this is off the table for the immediate future. It seems quite likely that the economy will remain on a low growth path.

Disclaimer: The information provided herein should not be used or relied on as professional advice. No liability can be accepted for any errors or omissions nor for any loss or damage arising from reliance upon any information herein. Always contact your professional adviser for specific and detailed advice. 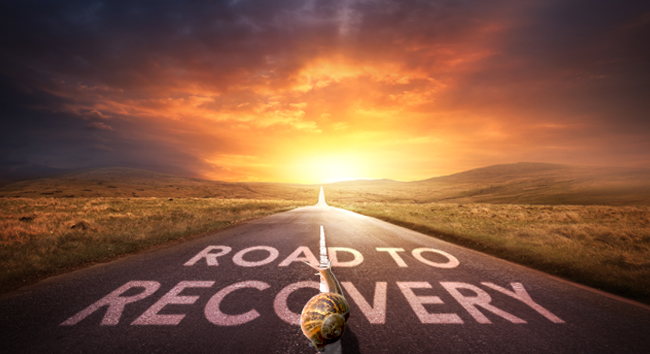 Your SME and the Economy – Prepare for the Long Way Back

Tax Freedom Day: How Many Days Did You Work for The Taxman in 2020?

How Different Will Our Landscape Be Post-Coronavirus?